The Northern Mariana Islands are surrounded by coral reef ecosystems. They give us food, enjoyment, economy, and protection. For all these reasons, the coral reefs our important to us. The CNMI’s Marine Monitoring Team regularly observes our reefs to track their health. They’ve collected data from the Northern Islands all the way down to Rota. Their observations (and, maybe your’s someday) have given us a better picture of how well our coral reefs are doing.This site was created to introduce you to work of the marine monitoring team. Through this site you will learn to conduct one type of monitoring called a reef flat survey. Begin your lesson by clicking on WHY CORAL REEFS? on your left to explore the everyday value of our reefs. Then go on to WHY MONITOR? to learn about the importance of science for managing impacts to coral reefs. Finally, go to LEARN TO SURVEY to take the Reef Flat Survey Course, play the quadrat game and learn your species using flashcards. 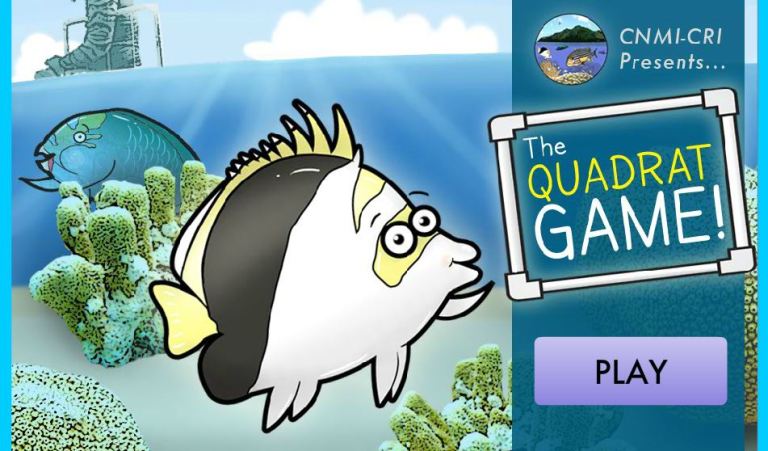 For conservation managers, the module compiles the latest scientific research and tools to help address impacts of climate change and other major threats and promote healthy reefs that persist over time. Watch the video for an introduction, go directly to a section of the module using the navigation menu that appears on the left of each page, or click through the slides below to see what’s inside. Or follow this link to a simple 1 hour course on reef resilience for the general public.

The Coral Tutorial is an overview of the biology of and threats to coral reefs, as well as efforts being made to conserve and protect them. It includes images, animations, and videos. The Roadmap to Resources complements the tutorial. It directs you to specific online coral data and information from the National Ocean Service and NOAA.

The world’s oceans currently absorb approximately 79 million tons of carbon dioxide (CO2) released into the atmosphere every day. Over the past 250 years, the world’s oceans have absorbed about one third of the CO2 released due to human activities. Corals are only adapted to very specific physical and chemical environments. Even slight changes in ocean acidity can make an area deadly for corals, and the species which depend upon them.

Carbonic acid is formed as a result of dissolving CO2 in water. In seawater, some of the acid (H+) is consumed by reacting with carbonate ion (CO32-) to form bicarbonate ion (HCO3-). Thus, ocean acidification not only reduces surface ocean pH, but also reduces the availability of carbonate ion.
Follow this link to NOAA Coral Watch’s Ocean Acidification tutorial to learn more.

Other Coral Blogs and Wepages

NOAA’s Coral-List – subscribe at the bottom of the page